Haven’t done one of these in a while, but… no better time to re-start than now! 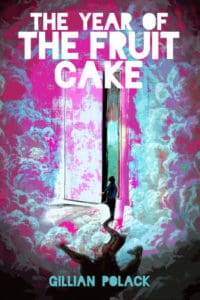 Gillian Polack’s The Year of the Fruit Cake is now out in paperback from IFWG Publishing. From the blurb:

The Year of the Fruitcake tells of the Earth-based life of a mostly-mindwiped alien anthropologist inhabiting a human perimenopausal body instead of her own more rational body with its capacity to change gender. This alien has definitely shaken a great intergalactic empire by sitting in cafés with her new best friends. Chocolate may or may not have played a part. Will humanity survive?

Chris Andrews’s Character and Structure: An Unholy Alliance is currently available for pre-order.

Today is the last day to vote in the Hugo Awards! Voting closes at 4:59pm Canberra time, so if you haven’t read the packet and got your choices locked in… there’s still time!

Speaking of, WorldCon approaches. Held this year in Dublin, Ireland, several CSFG members will be represented as both panellists and attendees at the event. Gillian has done a write-up of her attendance, and for everyone else… let us know in the comments!

If you’re in the region, WorldCon is followed closely by TitanCon, held in Belfast. This year CSFG members Gillian and Donna Maree Hanson will both be in attendance and will be doing readings at Literature Night, on 22 August.

For those still in Canberra, GAMMA.CON will be running this weekend (3-4 August). The CSFG will be represented on a table, along with the lovely folks from Conflux, and we’re currently looking for volunteers to do shifts promoting the guild, its work, and its anthologies to passers by. If you can possibly fill in for an hour or so, let us know!

Finally, as some of you may have already noticed: the CSFG has a Twitter account! So if you haven’t already… come say hi! 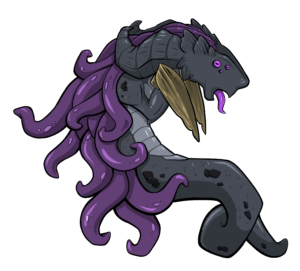 The CSFG’s 2020 anthology, Unnatural Order, was announced at the last members’ meeting and is currently open for submissions (we even already have some!). In August, the anthology team will be running a Kickstarter to fund raised rates of pay for anthology contributors—on both the writing and the production side—and is also a chance to get some cool sweet loot!

Conflux’s annual short story competition, co-judged by the CSFG, will be open for submissions during the month of August. Stories should be 4,000 words or under, in any speculative fiction genre, on this year’s theme, What Lies Beneath.

Finally, the ACT Writer’s Centre, in conjunction with Harry Hartog Bookseller at the ANU, are running a number of workshops over the next few months that may be of interest to CSFG members.